This is our version of a 100% rye sourdough bread using the three-stage Detmolder method, as described in ‘Bread’, by Jeffrey Hamelman. The book describes a 90% rye recipe, which we have adapted to suit personal preferences.

END_OF_DOCUMENT_TOKEN_TO_BE_REPLACED 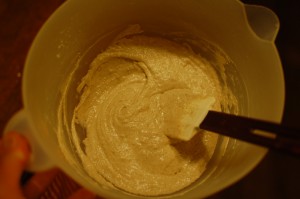 END_OF_DOCUMENT_TOKEN_TO_BE_REPLACED

[ Apologies for the light in some of the photos, they were taken when we were in the midst of an epic thunderstorm ]

In advance of trying out the bread oven we decided to try to perfect the recipe of the type of bread we hope to make. We are intending to make a 100% rye sourdough bread, and also attempt a Vollkornbrot and a Pumpernickel, both of which are made with whole and chopped grains in addition to flour, the Pumpernickel being baked for a very long time at a low temperature.

The basis of good sourdough bread is a healthy sourdough culture. The culture is used in place of bakers yeast, and creates a bread that has a fuller flavour, with excellent keeping qualities. It also creates a more nutritious bread, less likely to aggravate intollerances, because the ingredients are fully fermented over a long period of time and transformed into a more readily digested food.

Making sourdough bread is a process that is spread over a longer period of time than when using fast-acting bakers yeast, but for the majority of that time, the bread is proving, doing its bread thing. The amount of time spent by the baker actually doing anything is not greatly increased.

Sourdough cultures are living entities. They need to be fed on a regular basis in order to be kept alive and in peak condition. The microorganisms within the culture are responsible for the magic that transforms a set of very basic ingredients into bread; you want to keep them happy.

END_OF_DOCUMENT_TOKEN_TO_BE_REPLACED 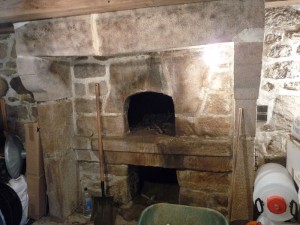 One of the ( many ) attractions of the tiny property that we moved to in central France was the fact that it contains a bread oven. In fact, the bread oven was the main function of the building when constructed some time in the 16th or 17th century, to provide bread for the neighbouring farm, a common arrangement back then. The original building consists of the oven, a small room to access it and to prepare the dough, plus a room directly above. Compact and functional might be an appropriate way to describe the space.